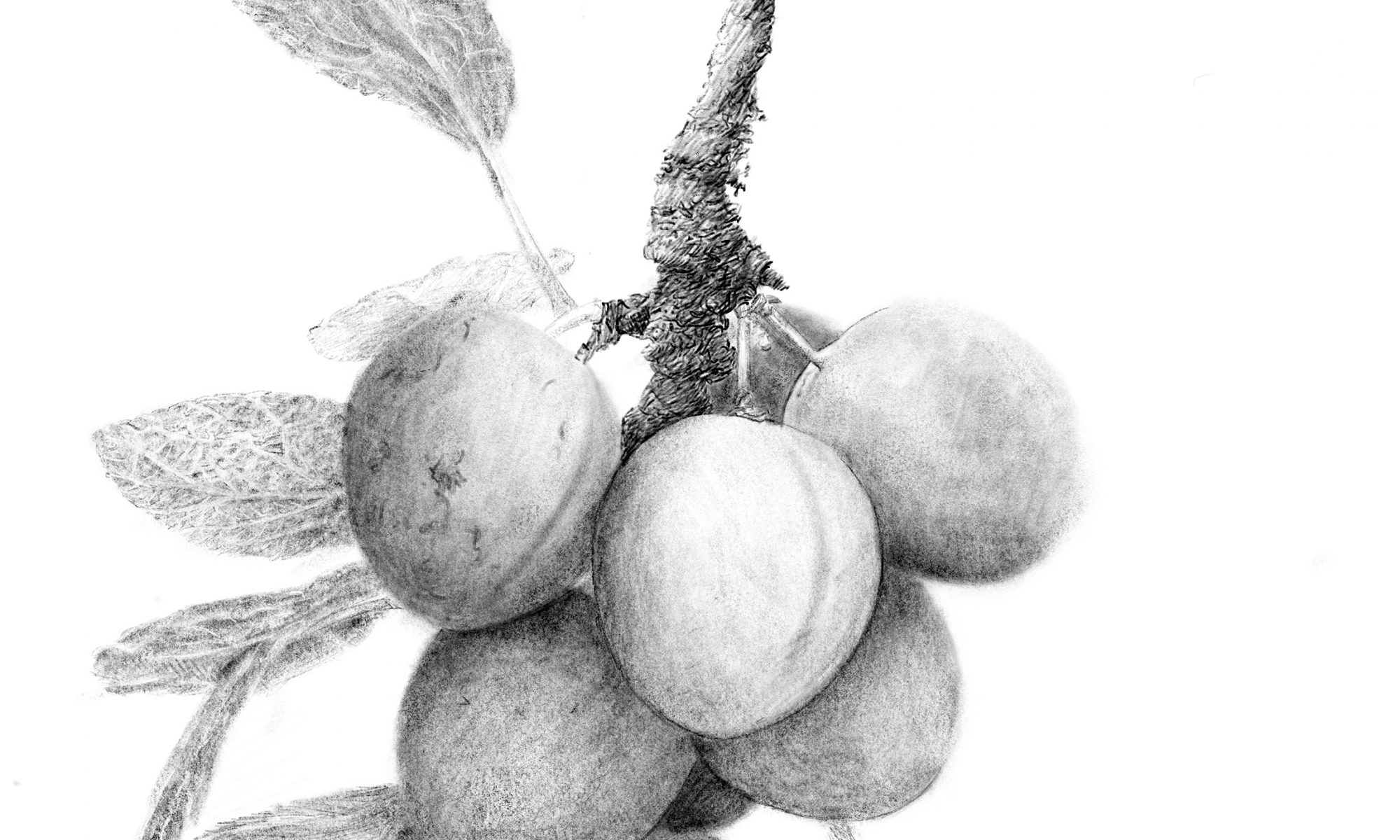 Click this link 6,7 or 8 damsons – for a clip beginning with a front elevation view and panning round to the profile reveals how many damsons are actually on the branch.