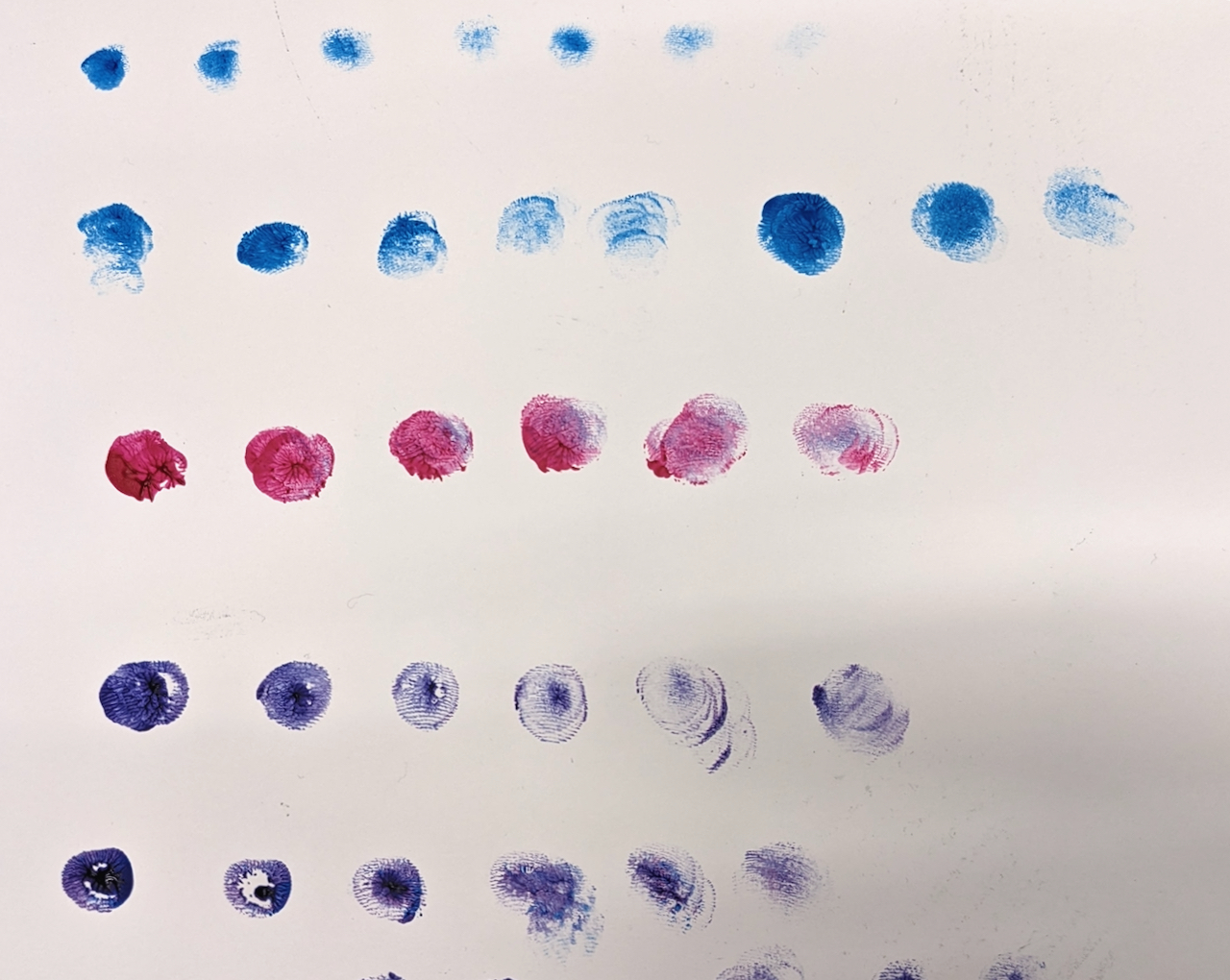 Back in the print room with the CML Cells. This time with large scale silkscreen prints. The original cell microscopic image is imported into photoshop, converted to black and white bitmap and out put as circular half tone dots. Printed at AO size the circle works a one big cell with lots of cells made up by lots of little dots. Works well when viewed at a distance.

Trial using gouache painted directly on to the screen, and pushed through the screen with a pull of clear medium. It kind of works where the gouache had not dried into the screen and the medium pushed the liquid blue through onto the pink half tones. The registration is not perfect and gives nice overlap off dots and colour.

Reviewing the halftone approach: there is potential as the dots resemble cell formations, but there’s little fluidity, even when viewed from a distance. An alternative to the layers of halftones might be to fingerprint individual blue cells. screen inks are mixed rather than gouache.

The fingerprints work conceptually. ie the unique fingerprint from the same body that the the leukaemia cells have permeated. Visually it works with more fluidity than the screen print.

Anther approach maybe to digitally separate out the pink, blue and purple colours on the Procreate drawing app. This could be additional enhanced by ‘drawing with halftones’. This may be possible with a True Grit plug in: Beat Tones Distressed Halftone Brushes, usually used to draw half tones in the illustration of comics, but they may just work to freehand draw, but with half tones that will then convert to silkscreen dots for printing.

The size, frequency and distress of the dots can be manipulated to create shaded areas. These could be used for the different coloured cells which could then be overprinted.